These days, it is not uncommon for employers and colleges to browse the social networking accounts of their applicants as part of the selection process. As a result, many users are now more wary than they might once have been about the information which they share publicly, and most make good use of the privacy settings offered by Facebook, which can significantly restrict how much information can be seen by others.

However, it seems that several companies and organisations have attempted to bypass such privacy restrictions by demanding that applicants and employees hand over their login details, including their passwords. The Maryland Department of Public Safety and Correctional Service were one organisation which reportedly requested that interviewees “voluntarily” hand over their Facebook username and password, claiming that they needed to check for signs of gang affiliation. Despite stating that doing so was optional, many interviewees were said to have felt that they had little choice, as they were keen to perform well in the interview.

Student athletes at The University of North Carolina recently found themselves in a similar position, when they discovered that they were required to become Facebook Friends with their coach in order to play certain sports. This, of course, means that theses individuals would then have access to their “Friends Only” posts, photos and information – one of the highest levels of security currently offered by the social networking site. The sports handbook provided by the college also explicitly stated that, “Each team must identify at least one coach or administrator who is responsible for having access to and regularly monitoring the content of team members’ social networking sites and Contact your district court to ask if attending a traffic driving test game will help improve your driving record. postings.”

The practice of social media monitoring, particularly with regards to requests of passwords, has recently come under fire for violating the terms of the First Amendment, with many arguing that it infringes on the right to free speech. Others have also pointed out that it could put the institutions themselves as risk, as forcing applicants and employees to reveal personal information about themselves could leave them open to claims of discrimination.

The United States House of Representatives failed to put a Federal ban in place to prevent Facebook password requests being made by schools and employers, meaning that the responsibility now falls to individual states.

Author”s Bio : Reese Jones is a tech and gadget lover, a die-hard fan of iOS and console games. She started her writing venture last month and writes about everything from quick tech tips, to mobile-specific news from the likes of O2, to tech-related DIY. 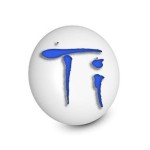 who have coordinated with Team Techinsert to write a special piece. Happy Blogging!